As we emerge from a pandemic a war has started that too in Europe which is already giving World War vibes. I don’t know much about geopolitics much what I can confirm is that media is more interested in this chaos. The dudes who failed to even locate Ukraine on map are giving lectures on how to defend a country. With rising inflation, doomed economy and blood bathed stock markets we are going towards a war. Now in such a situation, a battle tank is far superior than a think tank .These think tanks are the greatest threat to people these days as the only conclusion for them is a 3rd World War. People must know that living through world war jokes and a pandemic is not at all funny. Instead of poking fun one should be serious for finding methods of survival. I am sure that one day people instead of attacking each other will attack the so called media. As an ‘ideal’ Indian teenager I was quite happy about this as I thought that it may again lead to cancellation of exams but finally a we were bombed by our schools with a date sheet which was more lethal than a Russian bomb. 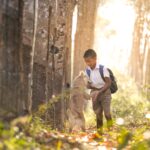 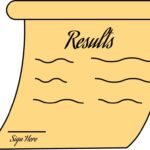