With the end of the year, something which is considered as a curse for students across the globe, that’s the thing almost everyone hates about education,yes my dear reader, that’s the annual examinations.Now during this time assignment and project submission becomes the topmost priority of almost everyone, except those legends who come to school only for Physical Education.Most are at home studying hard for the exams.Even the kid who used to sleep in classes gets a his power pills and starts studying 24/7.Then comes a tribe who just tries to score passing marks.According to them the exams are a part of matrix( as said by Messiah Tate).Then there are people like me who will study just during the last 20 days and simply score a decent percentage.Then there are veteran students who are professional exam cheaters.Just a week before examination the plans for a Money Heist level cheating is made.Chits,short notes and desk scribbles were made.A unique strategy was bribing the janitors.These guys used to hide books and chits at specific places in washroom.During the exam,one guy used to go there and get his things clear.This was followed by almost every section.This trick had worked for 10 years,and it is expected to work again….. 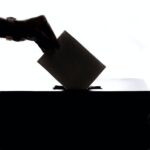 The students have chosen you…