It has been a long time since my first blog as I was busy with the great Indian High School Exams. Thankfully it was successful by the grace of god. During past months something called the COP26 has caught my attention.

When you Google it, the results show it was a conference by the United Nations on climate change. Though it was attended by the dudes who pretend to be Jack of all trades but are masters of none, yes dear reader you guessed it right, they are the legendary politicians and super bureaucrats of different nations. I sometimes wonder whether these guys can even define what do they mean by climate change or was it just a waste of taxpayers’ money to host a conference full of bumfuzzled old dudes who compare the climate situation to a James Bond Movie. I am not at all into climate change activism, but I will certainly agree with the Swedish activists that the conference can just be summarized by blah, blah, blah! I am sure that such meetings could serve as an international circus. Let’s be clear that the government won’t take climate problems seriously, and it is up to the people to make their efforts to tackle the situation. Small steps and efforts will do wonders. 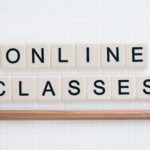 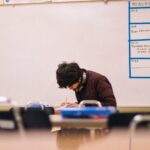