Well, most nations these days have a railway system. But what makes an Indian Rail journey stand apart from the rest of the world is a question to ask. From the second you board to the minute you arrive at your journey’s end, the whole experience is intense, colourful, confronting, uncomfortable, sweaty, smelly, loud, exciting and wonderful. I would share a story of my train trip to my hometown, Gorakhpur. I had a Side lower berth all to myself (My favourite berth). Then entered in the coach, a “Crazy Family”.The count told me 6 or 7 members (Don’t remember exactly, but they occupied all 6 berths in the row). They were returning to Kolkata after having a gala vacation. Train departed at around 11 AM. The pantry staff came to take orders for the lunch. This family took around 10–15 minutes to decide what to eat, Veg or Non-Veg (a whole lot of arguments and discussions were going on for this) which should take around a minute to decide for a normal person. Suddenly a man started shouting at a person, no one knew what was going on, as the intensity increased, people realised that the main convict was the Indian chappal which had landed on someone’s face sitting in the lower berth. Hence, I got to witness some action in my compartment. Fortunately, it was just verbal. People have a habit to keep their belongings closer to them. It was something like this, a man kept his slippers above the fan, and it eventually fell on the person underneath. In a sudden rage, he threw those slippers out of the window and all that started.Now, in India a train journey is not complete without a fight with the ticket collector.A man in his late 40s, was sitting without a ticket. Ticket collector came and asked for his ticket. Man shouted and fought with Ticket Collector, saying his home is nearby the railway station so he is entitled to travel without a ticket. After a lot of hassle Ticket collector gave up on him and proceeds to check the next guy aged maybe 18 years old and asked for a ticket. This 18-year-old guy who also didn’t have the ticket, simply said (pointing towards the man with whom T.C fought a short while ago) That person is my uncle again T.C proceeded to the next person, without further discussion.At the end of the day, a journey by Indian railways is full of such spicy stories. 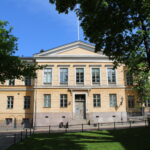 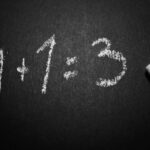