I was travelling back to Delhi at the end of my summer vacations.I was expecting to return by railways but since my father had to report early at his office we booked flight tickets.I was expecting it to be a comfortable journey.But one thing proved me wrong.A flight journey can be comfortable only if there are no kids travelling.The flight was full of annoying toddlers.I sat in front of a toddler that cried for 92% (yes it was more than 90!) of the flight…, like non-stop, no breaks in between whatsoever, not even to eat or sleep. I was forced to watch movies non stop to negate the noise caused by his wailing, not sure if i looked around to see if others were as disturbed as me.Another problem for me with the air travel is the take off and few air turbulences.I have travelling by planes ever since I was born but still flight take off gives me goosebumps.But still overcoming this was easier than dealing with the toddlers.The only thing that made my day was the flight attendant who offered me extra sandwiches with a cute smile.Her cute smile was more than enough to encourage me to go through this chaos.I wondered how tough it would have been for the flight crew to deal with such kids.While, I was daydreaming wondering all this, an air turbulence occurred and an annoying toddler(face first) fell down which satisfied me. 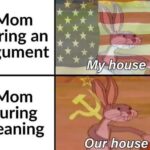